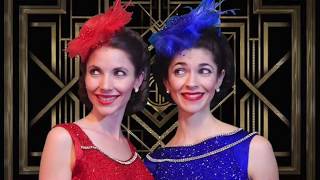 GRACIE & LACY: THE GREAT AMERICAN SONGBOOK LIVE! SEPTEMBER 21, 2018 FEINSTEIN'S/54 BELOW - NYC Charleston, SC sisters Gracie & Lacy team up for their Feinstein’s/54 Below grand debut in Great American Songbook LIVE! Gracie & Lacy are known for the unusual backstory of their childhood Broadway on the Driveway shows that began to draw hundreds, catching the attention of the local law enforcement! Once off the driveway, touring act Gracie & Lacy garnered recognition from Marvin
23 views0 comments 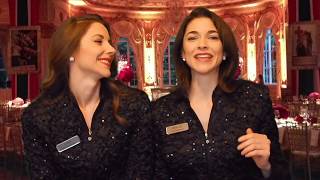 How To Hire An Utterly Terrible Emcee For Your Event!

Do you have Post-Traumatic Stress from your previous event Emcee choice? Do you ever have the urge to cut your Master of Ceremonies' microphone cable? Well you're in the right place - I am going to teach you how to find a terrible Emcee so you can keep on ruining your event and placing your job on the line! 1. Ask the Office Ham to be the Emcee Bob in sales might have a funny sense of humor, or at least his mother thinks so. And, heck he loves to be the center of attention an
29 views0 comments
gracieandlacy

Inside The USS Yorktown at Patriots Point

MOUNT PLEASANT, SC: June 16, 2017 - The popular Charleston-based sister act, Gracie & Lacy appeared once again on the beloved historic aircraft carrier, The USS Yorktown for the Harley Davidson Owners Group during their Southeastern Exposure ride. Rows of American flags lined the entrance to the ship as Harley-Davidson-emblem-clad riders toured the iconic landmark vessel before enjoying their buffet dinner by Top Shelf Catering. The event climaxed with an after dinner perfo
60 views0 comments